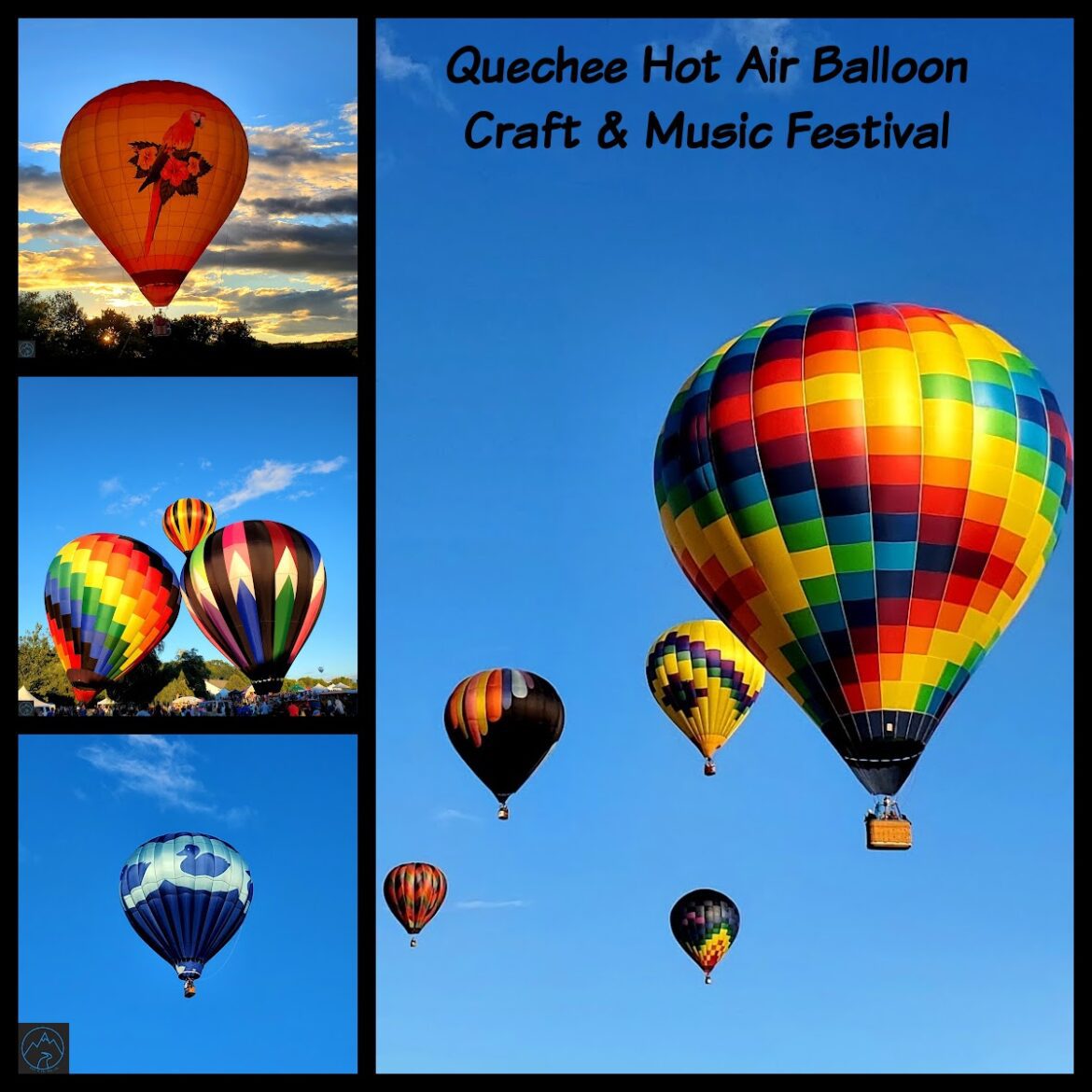 The 41st Quechee Hot Air Balloon, Craft, & Music Festival was held on September 3-5, 2021, in Quechee, Vermont.  Trevor and I hopped on the motorcycle and went for a ride!  We headed for the festival on Friday, September 3rd, and we are so happy we did.  What an amazing experience!

The weather was nice, but a bit breezy. Because of this, it was questionable if the balloons would be able to take flight for the 5:30pm balloon ascension.

The gates to the festival opened at 3pm on Friday.  There were all different kinds of food vendors set up. Of course, this is where we headed first!! We opted for the Gluten Free BBQ and it didn’t disappoint!  There was the usual festival food as well. Things like hamburgers, hot dogs, and french fries. There were also specialty carts such as a crepe cart, a grilled cheese & soup vendor, wood fired pizza, kettle corn and ice cream.  We were happy with this large selection of food and everything we had to eat was great!

There were several craft artisans and commercial vendors who filled the tents and grounds with unique, fun, and beautiful products.

There was musical entertainment, a kid’s zone, skydivers, dog performances and more, and of course, the main attraction, the hot air balloons!  Plenty to keep everyone at this fair entertained!

The balloon ascension was set to start around 5:30pm, weather and wind conditions permitting.  There were balloon rides for sale, but most were sold out prior to the start of the festival.  At dusk there would be the balloon glow.

By about 6pm, the sky was bright blue and the wind had died down.  The Quechee hot air balloon ascension was on!!  The balloon operators began unloading their vans and trucks, getting the basket out, laying out the balloon, and then filling them with hot air!! What an amazing sight it was to be watching all of this!

One by one the balloons began to fill with air and then lift off the ground.  We were able to be right on the field with them watching the whole process.  We took a lot of pictures and videos, none of which can truly capture the amazing sight we were watching!

Once all of the balloons were in the air, and I’d say there were about 15-18 of them, it would be couple hours before they were back to set up for the balloon glow.

At about 9pm there were six balloons back on the field and ready for the balloon glow.  The DJ played music and the balloon pilots would fill their balloons and make them glow off and on to the music.  It was a lot of fun to see!

Do you know how a balloon glows? Me either, but this is what I read:

Pretty amazing if you ask me!! Trevor and I had a great time at the festival! We we were so happy to be able to be right on the field with all the balloon action.

Taking a ride in a hot air balloon is on our bucket list. We are hoping to take a ride somewhere out west, like New Mexico or Colorado.  Therefore, we did not ride in a balloon at this festival. We look forward to the day when we can cross it off our bucket list!

Have you ever been for a ride in a hot air balloon? If not, is it on your bucket list?  Leave us a message below, we’d love to hear about your experience if you rode in a balloon or have been to a hot air balloon festival! 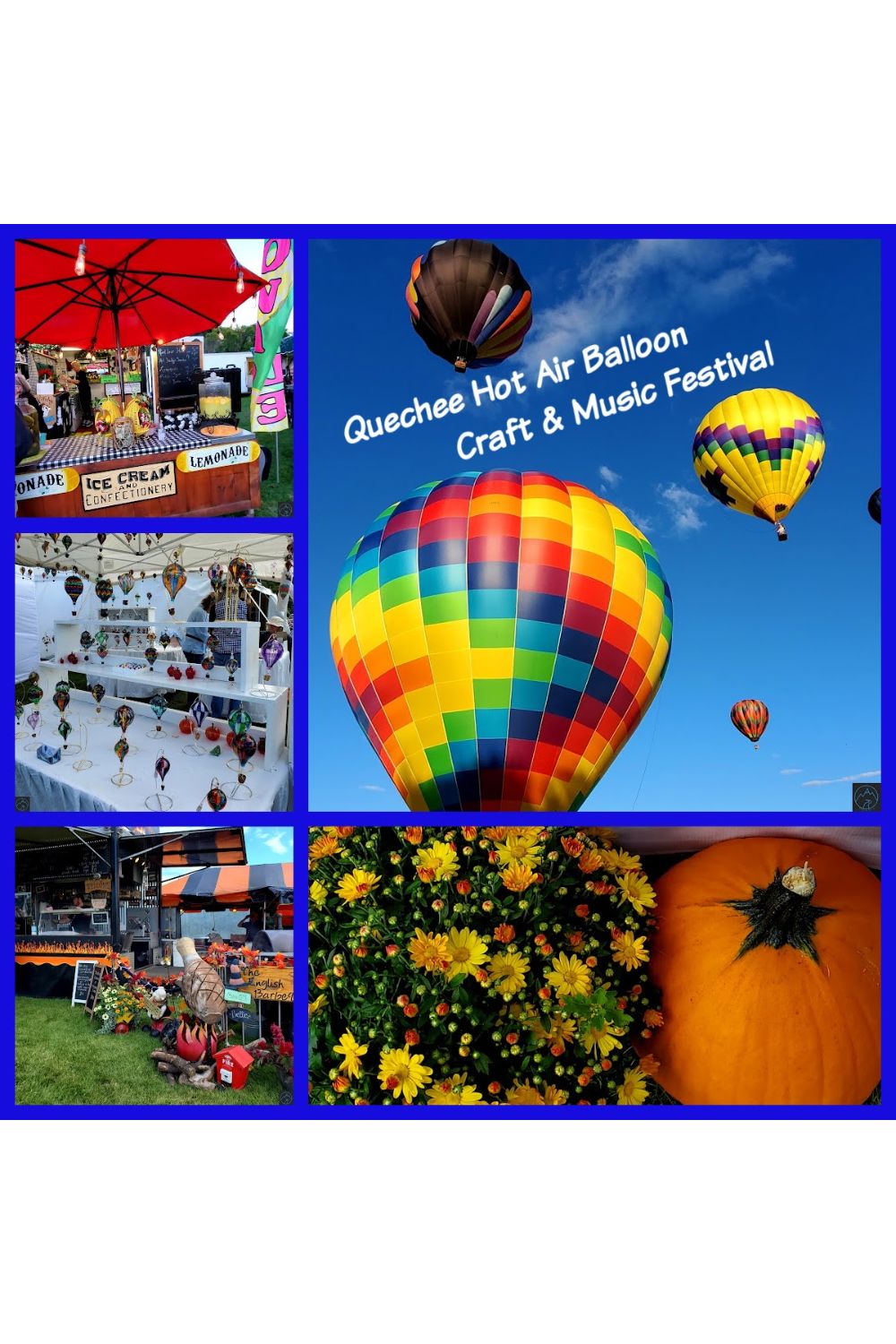 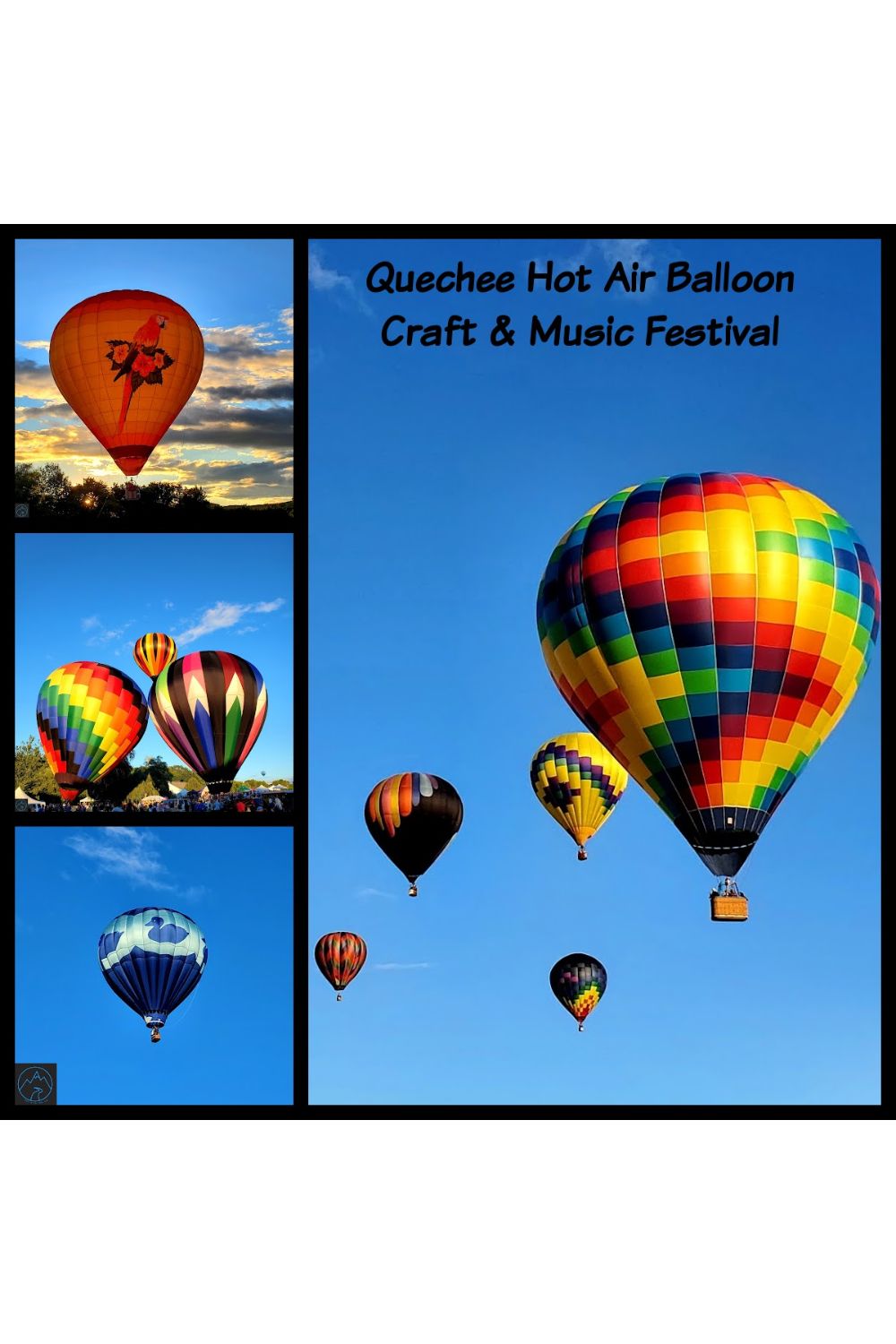 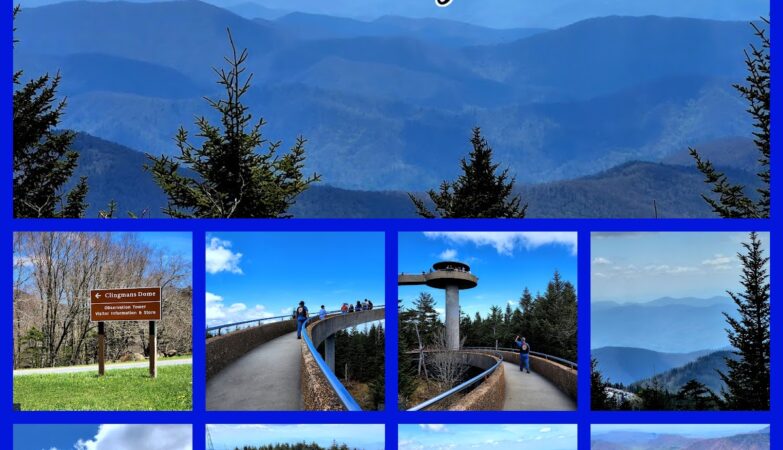 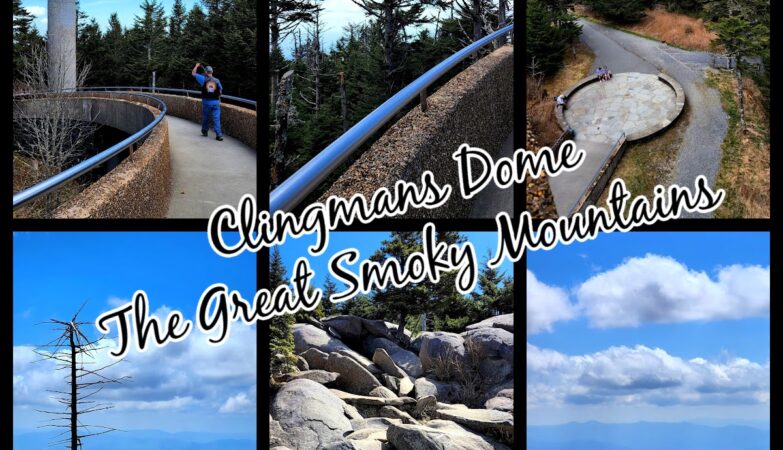 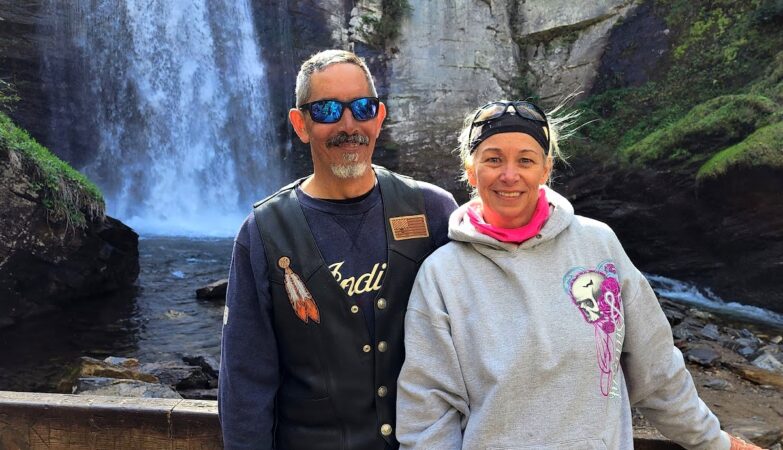 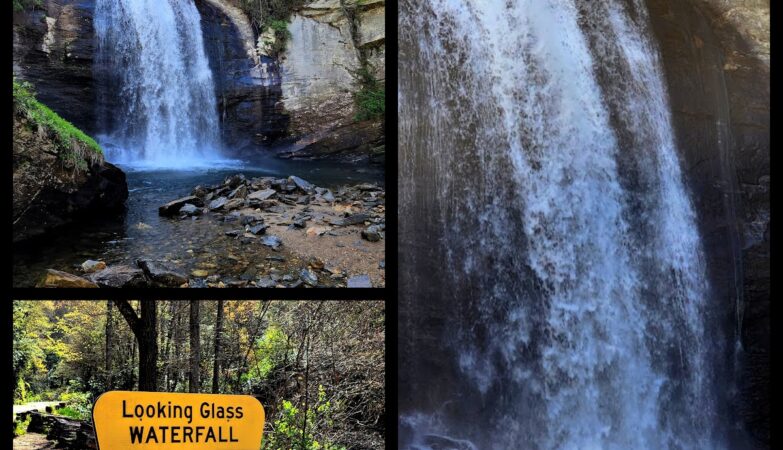 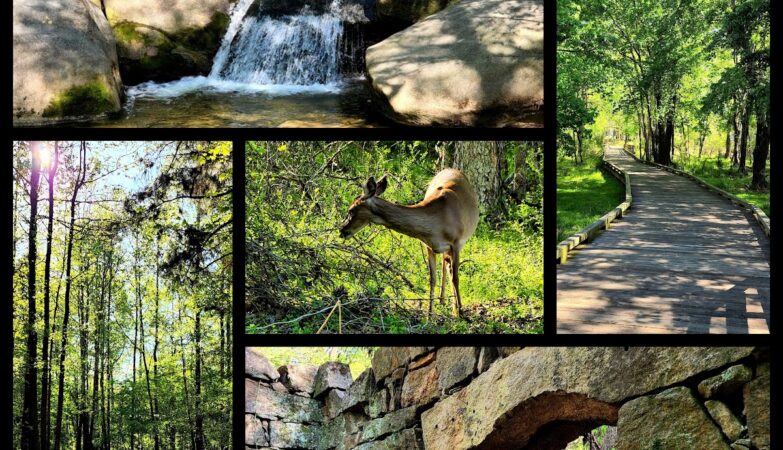 This website uses cookies to improve your experience while you navigate through the website. Out of these, the cookies that are categorized as necessary are stored on your browser as they are essential for the working of basic functionalities of the website. We also use third-party cookies that help us analyze and understand how you use this website. These cookies will be stored in your browser only with your consent. You also have the option to opt-out of these cookies. But opting out of some of these cookies may affect your browsing experience.
Necessary Always Enabled
Necessary cookies are absolutely essential for the website to function properly. These cookies ensure basic functionalities and security features of the website, anonymously.
Functional
Functional cookies help to perform certain functionalities like sharing the content of the website on social media platforms, collect feedbacks, and other third-party features.
Performance
Performance cookies are used to understand and analyze the key performance indexes of the website which helps in delivering a better user experience for the visitors.
Analytics
Analytical cookies are used to understand how visitors interact with the website. These cookies help provide information on metrics the number of visitors, bounce rate, traffic source, etc.
Advertisement
Advertisement cookies are used to provide visitors with relevant ads and marketing campaigns. These cookies track visitors across websites and collect information to provide customized ads.
Others
Other uncategorized cookies are those that are being analyzed and have not been classified into a category as yet.
SAVE & ACCEPT
13 Shares
Share
Pin
Tweet
Share